We welcome @Chris Bailey from HotelTonight to the sixth Airbraker in our “Awesome Airbrakers” series.

What does your App do?
HotelTonight is a mobile last-minute/same-day hotel booking service. We have iOS and Android apps, as well as mobile web, that allow customers to book awesome hotels, at great rates, for check-in tonight. The apps are beautiful, and have top ratings on both platforms.

Setup. Environment, Language, Tools, Etc.
The backend management system (used by our employees, as well as hotels) is a Rails 3 application plus some JavaScript/CoffeeScript mobile web apps. The iOS and Android apps are fully native (Objective-C and Java respectively). We use Airbrake across all our apps (including mobile apps) Android + iOS library. We also make use of things like git, GitHub, CoffeeScript, Haml, MySQL, AWS, HipChat, SendGrid, and various third party web services and industry systems. 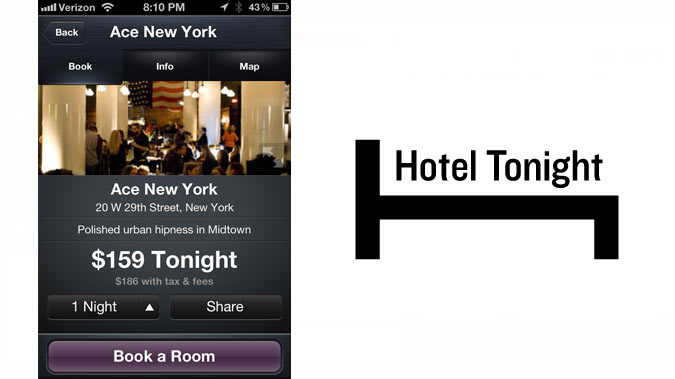 What do you like about Airbrake?
Airbrake is a great way to be alerted to, and catalog exceptions across the team. It is easy to set up, and also easy to use for additional exception or error reporting needs that aren’t purely based on exceptions. We find the backtrace, and environment tabs particularly useful, as well as the integration with deploys.

How long have you been using Airbrake?
Since it was first available (and prior to HotelTonight)

How do you normally deal with Airbrake Exception reports?
These are emailed to the entire dev team, as well as some of us receive them via SMS. We’e worked hard to eliminate exceptions and errors, so generally have a fairly light volume of these. We don’t have a specific way we assign these to developers to be dealt with, but usually I (CTO) will do that, or when developers see one that is in an area of their expertise, they’ll jump on it, notifying others via HipChat or other appropriate means that it’s being investigated.

What could Airbrake do better?
We’d like more control over notifications and how that’s organized. Would like to enable team members to be part of a given project, but not get notifications, or in general be able to select how they’re notified. We set up separate users in order to have exceptions sent via SMS, but would really like to see this as simply an additional notification destination for a given user.

Would like a way to silence a given exception, but not ignore it – i.e. catalog that it is occurring, but not send notifications about it.

Favorite Music to Hack to.
Much of our dev team likes various electronic and related music, and one of our devs is a DJ. But there’s a wide range across the team, and the office music system will see lots of different choices depending on who’s at the con.

Anything Else?
We love food, and have really been enjoying the various food trucks near our office and all around San Francisco. I wrote a little script for Hubot (Campfire/HipChat bot) that will tell you today’s food trucks at our closest spot. We’re also into coffee, and continue to build up various coffee brewing methods for our office coffee bar. And finally, we regularly rotate a few beers on tap at the office.