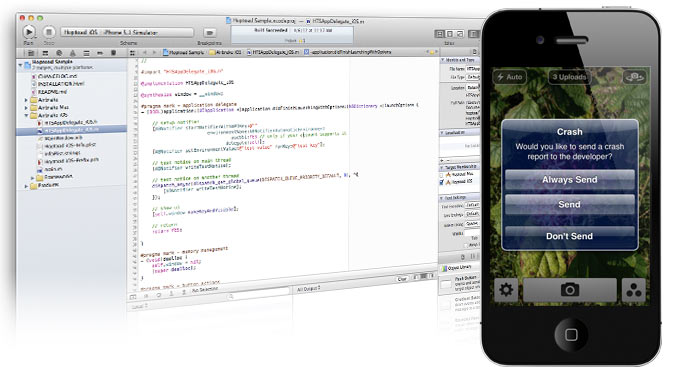 In October of 2011 we bumped the Airbrake notifier for iOS and Mac to version 3.0. This near-complete rewrite of the product fixed a lot of known issues, reduced the number of dependencies, made it easier to install, and simplified the way in which developers interact with it. Since then we have been taking a lot of user feedback as well as contributions to the open source project found on github to fine tune its performance and give developers more control over its behavior.

The most significant change in recent months is the ability to control whether the notifier alerts users before posting crash reports. We got a lot of feedback about our requirement to notify users before data leaves the device and learned that a lot of apps wanted to handle this differently. Developers can now decide when and how their users are alerted about crash reports — if at all.

The other big change we made is the ability to decide which crash handlers are installed by the notifier. We realize that some apps may use different crash reporting mechanisms or even only want to log caught exceptions. The only way to perform that task in the past was to fork the project and make changes. Now it is as easy as passing a flag into the notifier.

Note that while that is quite a mouth full we have been careful to preserve shorter methods for those who want to rely on the default functionality that the notifier provides. 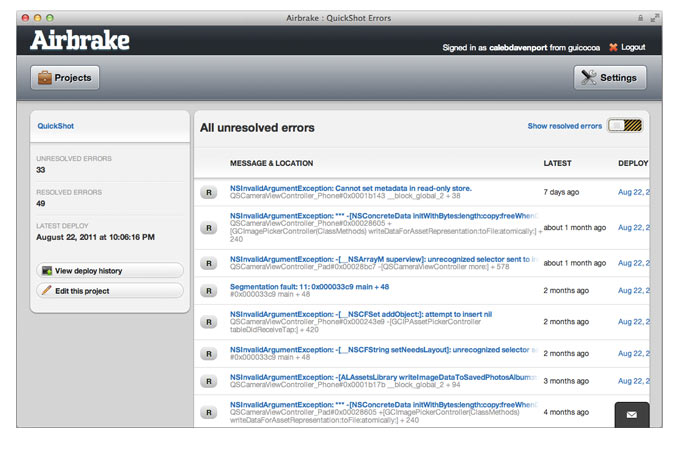 We are always looking for ways to enhance the functionality of the notifier and the open source nature of the project is a big part of that. So if you have a great idea you are welcome to start a conversation about new features or fix a bug, don’t hesitate to contact us!