When developing for Apple's iOS platform, it's not uncommon to introduce errors that can cause software crashes. A recent report by Aptelligent Data shows an average crash rate for mobile applications running on Apple smartphones ranging from 3.62% to 4.47%. While the crash reporting rate is still lower than some Android devices (Samsung Galaxy S7 Edge averages 5.14%), app crashes remain a relatively frequent occurrence.

Many app developers don't recognize an iOS crash until receiving user feedback about the problem. And even when they are aware of the problem, they might spend hours or days working to review their crash logs to identify the source of the error.

In order to better monitor the frequency of app crashes and improve the app development process, it can be valuable to use an error monitoring software like Airbrake.

The benefits of using Airbrake for iOS crash reporting include: 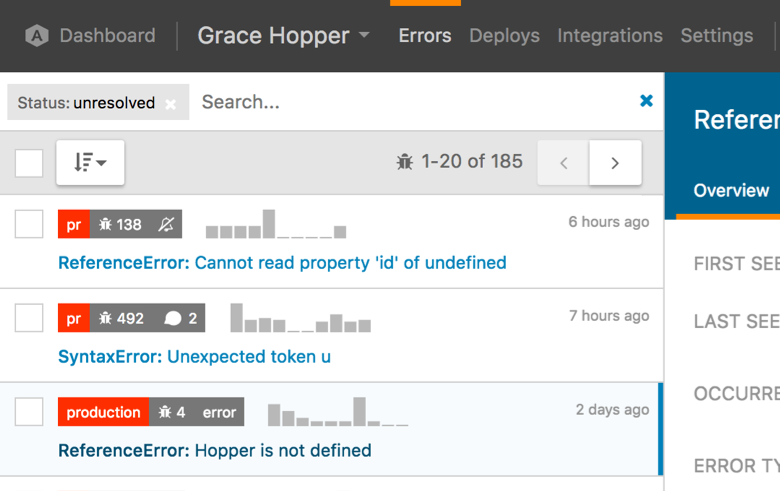 You no longer need to dig into crash logs to get to the cause of your app crashes. Airbrake's crash reporting tools help you monitor for errors, prioritize fixes, and understand the root cause of the error, all from a centralized dashboard. App development for mobile applications can move seamlessly with a streamlined crash reporting service like Airbrake.

“It wasn’t until we switched to Airbrake that we finally were able to get our exception emails under control. The ability to see your errors in one place, mark them as resolved, and organize them by deploy makes all the difference.”