You didn't ask but we're going to tell you anyway. Sorry, not sorry.

What does Airbrake do? 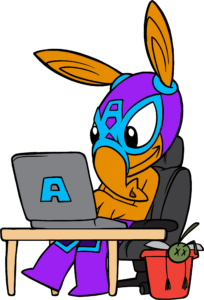 Why do we do this thing that we do?

Complex, fast-moving development and production environments mean more “unknowns” and more potential issues every time new code is deployed. Gone are the days of rigorous testing and QA prior to shipping code. Today, developers are responsible for their code pre- and post-deployment, not to mention up and down the app stack.

On top of that, modern development teams push code fast. In fact, we asked our customers, and over 73% told us that they are pushing code multiple times per week - and many said they were deploying code "multiple times per day."

You can't afford to use debugging tools that slow down engineering. Rather, you need tools that provide peace of mind so you can deploy new code fearlessly and fix issues faster.

That's where Airbrake comes in. Our real-time error alerts, rich contextual data about why issues are happening, seamless integrations with your workflow, and application performance insights enable you to quickly identify, diagnose, and fix problems as they happen - before your users get annoyed.

History can be boring, but this is a cool story

2008
Airbrake began as a pet project by a rails consultancy called Thoughtbot.com. Several different dev teams managed Airbrake (previously known as Hoptoad) until its customer base grew too large. Even in its earliest stages, Airbrake’s incredible error-monitoring value for developers was apparent.

2010
Based on this early success, an employee purchased Airbrake and turned it from a side-project into a business with a dedicated development team. This new team grew Airbrake and made it a household name in the Ruby community. It became known for it’s developer-focused and simple deployment system. Within three years, Airbrake’s brand would catch the attention of Rackspace, who bought Airbrake, hired even more developers, and greatly improved the uptime and reliability of the service and codebase.

2015
TurnRiver purchased Airbrake from Rackspace and with their investment the team continued to improve their product and found ways to increase revenue - largely based on "word of mouth" referrals and "hands-on trials" by developers. This period of growth culminated with the introduction of developer-centric application performance monitoring in 2019.

2020
Impressed by Airbrake’s ability to grow based largely on the strength of product features and grassroots marketing, Elsewhere Partners invested $11 million in Airbrake to accelerate R&D, while introducing an expanded management team with broad functional success scaling B2B SaaS and tech companies

2021
LogicMonitor, an award-winning infrastructure monitoring company, acquired Airbrake. With the Airbrake team now as a part of LogicMonitor, it is our hope that we’ll be able to bring code-level application insights to developers, IT professionals, and operation teams. You can learn more about how this acquisition will benefit Airbrakers here.

TLDR;
While Airbrake has grown considerably since 2008, our goal remains the same: We want to be the best dang error monitoring tool developers rely on to ensure they never miss an error, deploy better code, fix errors faster, manage overall app quality, and - most importantly- keep users happy.